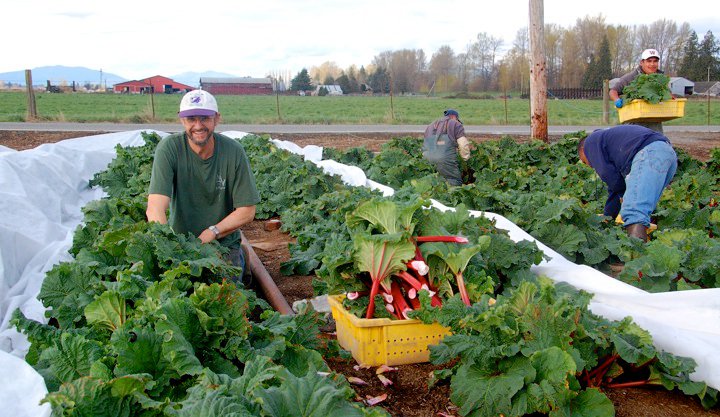 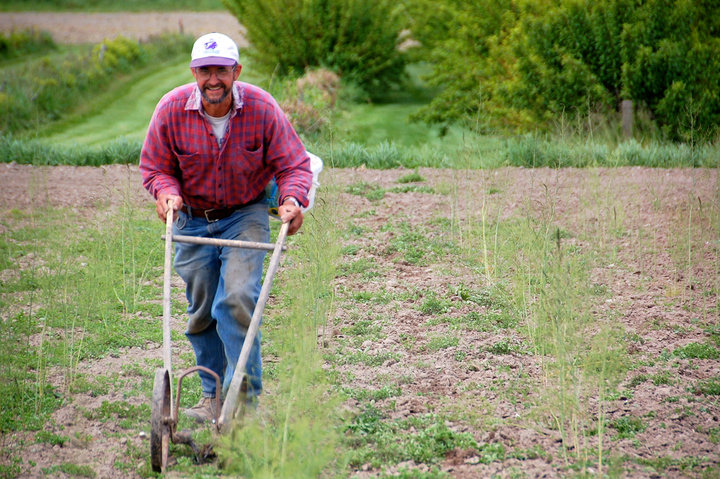 Living Rain Farm
Contact: John DeVries
Address: 17458 Calhoun Road Mount Vernon, WA, 98273
Email Address: jndevries@hotmail.com
Phone: 360-421-9997
About Us
Our family immigrated from the Netherlands to the United States in 1958. My dad, Ralph, wanted to own his own dairy farm. Since land in the Netherlands was scarce, my parents decided to move to the New World and make their dreams of owning a dairy come true.

In 1960, my dad first rented and later bought a dairy farm in the fertile Skagit Valley river delta, situated between Mount Vernon and La Conner, Washington. My dad retired in 1980, and he and my older brother Ray started Ralph's Greenhouse together. In 2005 I was talking with Ray about starting my own farm using some of the land from the family dairy. We discussed it and decided that we would grow different crops so we wouldn't be competing for the same market. Ralph's Greenhouse was growing annuals, so I chose the perennial crops rhubarb and asparagus. Since my farm is next door to Ralph's Greenhouse my brother Ray was kind enough to allow me to use some of his equipment to begin my farm. I became organically certified in 2009, and today I farm 13 acres of organic rhubarb and asparagus.

Practices
Living Rain Farm became certified organic by the Washington State Department of Agriculture in 2009, and we have had our GAP (Good Handling Practices) certification since 2013.

Living Rain Farm maintains soil fertility by making and using heavy amounts of compost. Because we only grow two perennial crops (asparagus and rhubarb), we make sure to give the plants most of the year off to recover from the intense spring harvest. We use compost as a mulch to keep the weeds down in the winter, and this also provides great fertility for the plants to store up for the spring growing season. We pack our produce in a facility that is GHP (Good Handling Practices) certified.