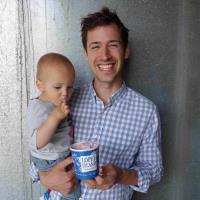 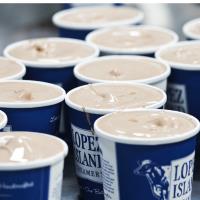 As our reputation for making delicious, high quality ice cream grew, so did our business. By 2008, distribution had expanded throughout the San Juan Islands and quickly became known as some of the best ice cream in Seattle. In 2010, Lopez Island Creamery had grown so much that the company finally had to move off of Lopez Island and into Anacortes. This move was made to not only better serve customers but to also lessen the company’s carbon footprint by cutting down on the number of ferry trips transporting ingredients and finished product. Throughout our growth we have continued to produce a super-premium ice cream using the same small batch method and high quality ingredients that we did when the business first opened. A commitment to producing a locally sourced, all natural, handmade ice cream is still our highest priority.

Washington’s Lopez Island is locally famous for its longstanding custom of waving at every motorist, bicyclist, and pedestrian encountered on Lopez Island, coining the phrase “the friendly island.” Lopez Island Creamery is inspired by the rich quality of life that is experienced on the Island and although we are no longer producing ice cream there, we still keep that same mentality from where it all began.
Practices
We are committed to offering the best tasting highest quality ice cream possible while using many local ingredients. Lopez Island Creamery is a certified dairy giving us the ability to process our own ice cream base using a small batch low heat method that comes out in each flavor we produce.